How to Control Against Pigeons

Pigeons and other birds can attack vegetable crops including cabbage, broccoli, lettuce, peas and kale having devastating effects on them. Attacks can occur quickly and entire crops can be destroyed. Pigeon attacks can also occur on fruit bushes such as Raspberry, Gooseberry and Blackcurrants. 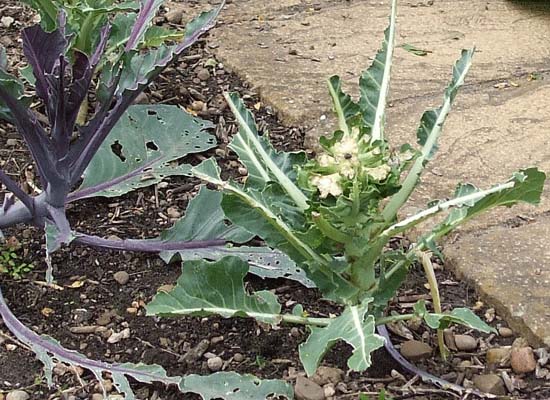 Signs of attack by pigeons can be recognized or diagnosed by the damage caused to the foliage. Foliage will appear frayed, often just a skeleton of the plant will remain – the green tissue of the leaves eaten, while the midrib and stems will remain in-tact. The attack can be sudden and extensive. 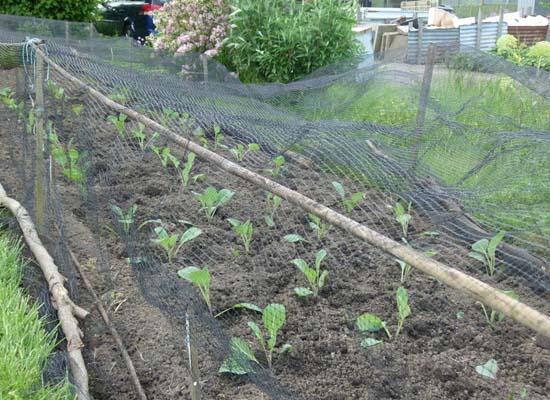 This is the most effective control against pigeon and other birds – if you choose fine netting (that is robust) it will also protect against caterpillars.

The netting itself can have a mesh size of anywhere from 0.5” to 4”. This means that the hexagonal gaps within the netting would be between 0.5” - 4”. If they are any larger small birds could still get in. If the mesh gaps are any smaller the netting would be too heavy and would shade out the plants beneath.

The size of the netting will depend on your plot size – allow for additional length so that the netting can overhang the posts and reach down to soil level.

If you use a fine mesh netting you will prevent beneficial insects such as bees from getting to the plants to pollinate the flowers which is crucial for fruit production. 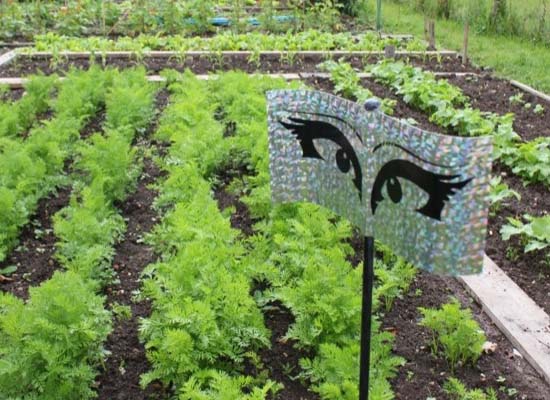 Also an effective control against birds & pigeons, scaring devices has been used for many years on farms and provide protection for crops where netting is not cost effective or manageable.
Some examples of scaring devices include...

The first three on the list work as the sunlight can reflect off these items and the flashes of light can confuse or scare the birds. In time however the birds can get used to these tactics and they can become ineffective.

So your best bet is to select the right bird netting and set it up before the birds have a chance to attack your crop.

With pigeons the threat only lasts while the plants are young, as once the plants have reached a height of 20cm or more, pigeons will not attack them